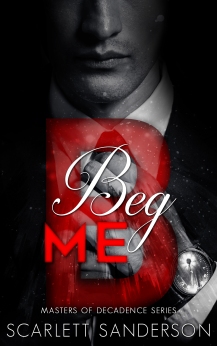 Tessa dreams about being tied up and tantalized with pleasure. She longs for a man to take control, to drive her wild with need. But she’s never been able to let go and indulge in her most forbidden desires.

The second Jared sees Tessa, he wants her. Her fierce intelligence and repressed sensuality call to him, make him burn with a passion he hasn’t felt in years.

But when he can’t get enough of Tessa’s scent, her taste, her touch, he realizes what he really wants is her love…

Publisher’s Note: This story was previously published by Ellora’s Cave. 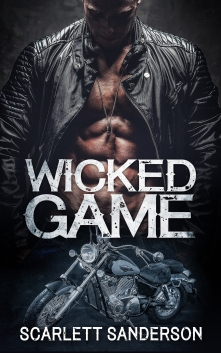 Librarian Ruth wants something wicked. Something a nice girl would never wish for—to be taken, tied up and forced into pleasure. Hands bound, blindfolded—she wants, needs, to be utterly helpless as a man to take her again and again. But not just any man. Ruth’s darkest fantasies always star Dominic Sullivan.

Dominic knows it’s wrong but he can’t help himself. Whenever he’s around Ruth, he longs to bend her over or force her to her knees, to give her pleasure and take his in return. After overhearing her confess that she wants someone to abduct her for raw, primal pleasure, he hatches a plan that will give them both what they most desire. It’s a wicked game they’re playing, a game Dominic plans to win.

Have you been naughty or nice?

All Hope wants for Christmas is Ethan St. Claire. She’s had a thing for him since high school, when he was the bad boy and she was the class geek. Now she’s older, wiser…and dying of sexual frustration. Fantasies of having Ethan and his best friend Dominic at the same time drive her wild with unsated need.

Ethan has always loved Hope, and he’s finished waiting for her to realize they’re meant for each other. He’s taking command and giving Hope exactly what she needs.

If she’s nice, he’ll give her a sexy spanking. If she’s naughty, he and Dominic will double her pleasure as an extra-lusty Christmas treat.

Publisher’s Note: This story was previously published by Ellora’s Cave.

Group sex is decadent, a forbidden fruit, a social taboo. Cameron knows her lover Vince has experimented in the past but she’s never had the courage to indulge her most secret desires. Until now.

Consumed by the idea of having sex with more than one person, Cameron forms a plan with her best friend—one night of unbridled, no-holds-barred sexual experimentation. One night that will bring two couples closer than they’ve ever been and show Cameron that a little decadence is exactly what she needs.