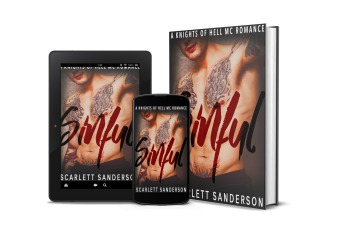 “I don’t do good girls. And you, Grace, are definitely a good girl.”

Grace Burton can’t stop spying on her neighbour. She knows the stranger is part of a motorcycle club. She knows he’s dangerous and forbidden, but that’s what makes him oh so tempting. But when bookstore owner, Grace is catapulted into Zeke’s orbit, the tension between them reaches melting point. She can’t deny her attraction to the sexy, arrogant biker. There is only one problem—Zeke doesn’t do “good girls” and there is nothing bad about Grace.

As President of the Knights of Hell MC, Zeke Knight has a world of responsibility on his shoulders. Moving his club into legitimate business is taking its toll. Despite the fact he can’t keep his eyes off his Grace, he doesn’t have time for the feisty, curvy brunette next door. She’s everything he doesn’t want—prissy, sweet and complicated. Unable to deny the rising chemistry between them, Zeke gives into temptation, hoping one night with her will be enough to get her out of his system.

As the flames between them begin to burn, Zeke and Grace are drawn into a lethal situation that could shatter their fragile relationship and have deadly consequences for their future… 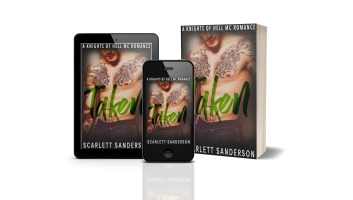 “If I lost you, I’d be broken. I’d be brutal and cold and I’d tear the world apart. Losing you would destroy me. I’d burn the whole world to get you back.”

Zeke Knight is unlike any man Grace Burton has ever met. The gorgeous MC President came into her life and turned it upside down. Her heart and body belong to him, but being in love with the leader of a motorcycle gang isn’t easy, and she is still trying to navigate her way through Zeke’s world.

Zeke never wanted to fall for the beautiful, feisty Grace. The hellion broke down his defences and worked her way into his heart. Life is perfect until someone decides to take what Zeke loves the most. 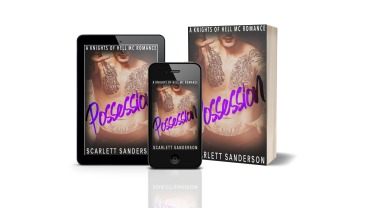 “You want me to cut out my fucking heart and offer it to you on a gold platter? I’d do it. I’d cut that fucker out in a heartbeat if it would bring you back to me.”

After a brutal attack at the hands of a psychopath, Grace Burton is a shell of her former self. Estranged from the love of her life, MC President Zeke Knight, Grace is trying to pick up the pieces of her shattered life, yet she can’t forget the gorgeous biker who stole her heart.

When a misunderstanding puts Grace back in Zeke’s orbit, sparks fly and they rekindle their relationship. Both of them know they cannot live without the other. But their happiness is dashed when the sins of the past come back to haunt them, threatening to bring their world crashing down around them and break them apart forever…